The stereomicroscope is a special type of magnifier, often called a binocular magnifier. It is a device intended primarily for observation at low magnification with illumination from above. It is mainly used for the stereoscopic perception of small subjects in relief.

MultiMACS™ Cell24 Separator Plus: Semi-automated cell isolation on your bench

The gentleMACS™ Octo Dissociator with Heaters is a benchtop instrument for the fully automated and standardized tissue dissociation or homogenization of up to eight samples. 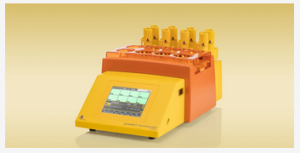 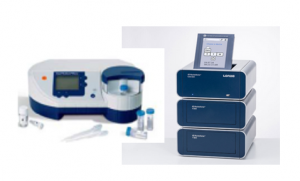 Nucleofector Technology:
The Nucleofector Technology offers a higher transfection efficiency than other non-viral transfection methods (including traditional electroporation1) along with other significant advantages outlined below.
With its superior transfection performance, Nucleofection offers various advantages over traditional electroporation methods:
High transfection efficiencies of up to 90% for plasmid DNA and 99% for oligonucleotides, like siRNA.
Excellent preservation of the physiological status and viability of transfected cells.
Analysis of transfection results already shortly after transfection possible.
Easy to use technology, with over 650 cell-type specific protocols that have led to direct transfection success.
Transfection of a wide range of substrates, including DNA, mRNA, miRNA, siRNA, peptides or proteins.
Transfection of hard-to-transfect cells, including primary cells, stem cells, neurons and cell lines. 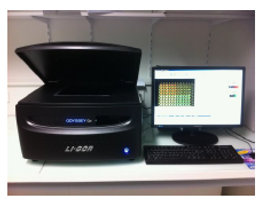 Odyssey LI-COR is an infrared (IR) laser-based instrumentation that is able to detect Western blots without the need for film, a darkroom, or any chemiluminescent substrates. Using infrared fluorescent signals that are directly proportional to the amount of target protein, LI-COR Odyssey can accurately and reproducibly measure changes in protein levels via ratiometric detection. In fact, the platform is able to detect both faint and strong bands within a single image, without signal saturation.

The LI-COR imager yields very low background fluorescence, which enables detection of low-picogram targets with NIR fluorescence, as well as low abundance proteins at endogenous levels. It also enables the detection of two targets simultaneously on the same membrane, which greatly increases accuracy of quantification and provides for more robust comparison. 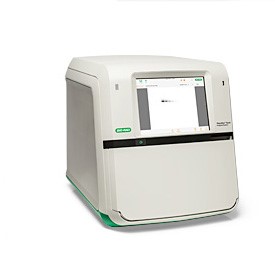 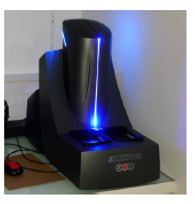 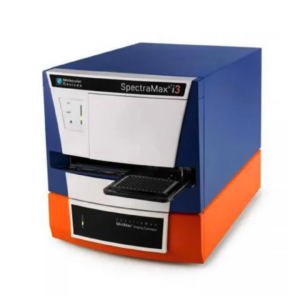 Applications of SpectraMax i3x Multi-Mode Microplate Reader​
Absorbance​
AlphaScreen​Cell Health​
Cell Imaging > Cell Cycle Analysis​
Cell Imaging > Cell Migration​
Cellular Signaling
​ELISA
​Fluorescence​
Fluorescence Polarization (FP)​
Kinase/Phosphatase Assays​
Luminescence​
Microbiology and Contaminant​
Nanoparticles​
Nucleic Acid (DNA/RNA) Quantitation and Analysis
​Protein Detection, Quantitation and Analysis​
Spheroids in 3D biology​
TRF, TR-FRET & HTRF
​Western blotting​
We use cookies to ensure that we give you the best experience on our website. If you continue to use this site we will assume that you are happy with it.OkPrivacy policy